I was asked by the Singapore American School’s robotics program to develop a robotics kit for their intro course that was able to drive two small DC motors wirelessly at low cost.  I picked the DFRobotics arduino-based gamepad as the controller and an arduino for the robot.  The two arduinos (gamepad and robot) communicate using xbees, which are small wireless modules that are easy to interface with using serial port communication.

The source code for both gamepad and robot can be found here:

The readme at the github repository has most of the documentation.  Here are some pictures: 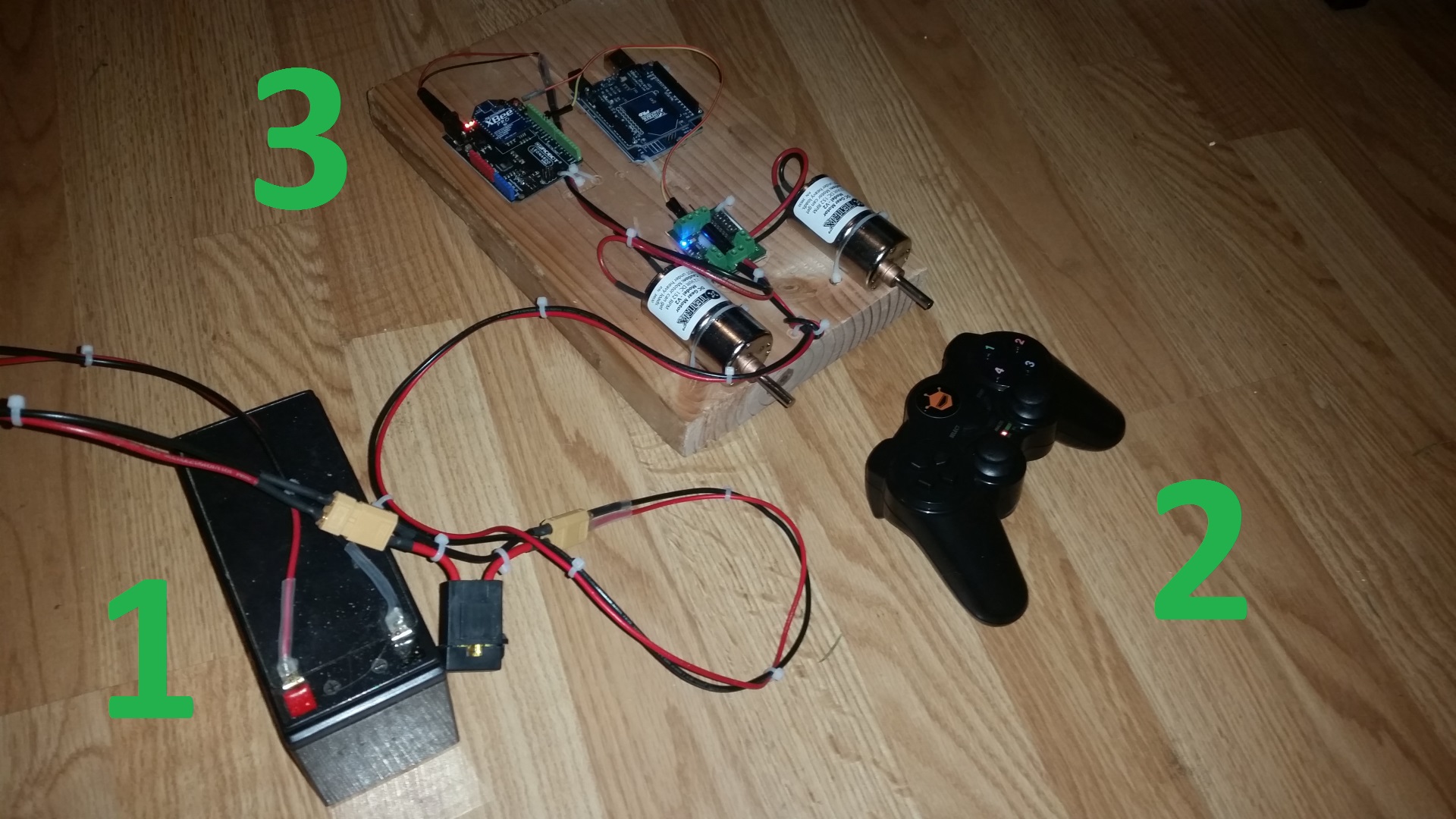 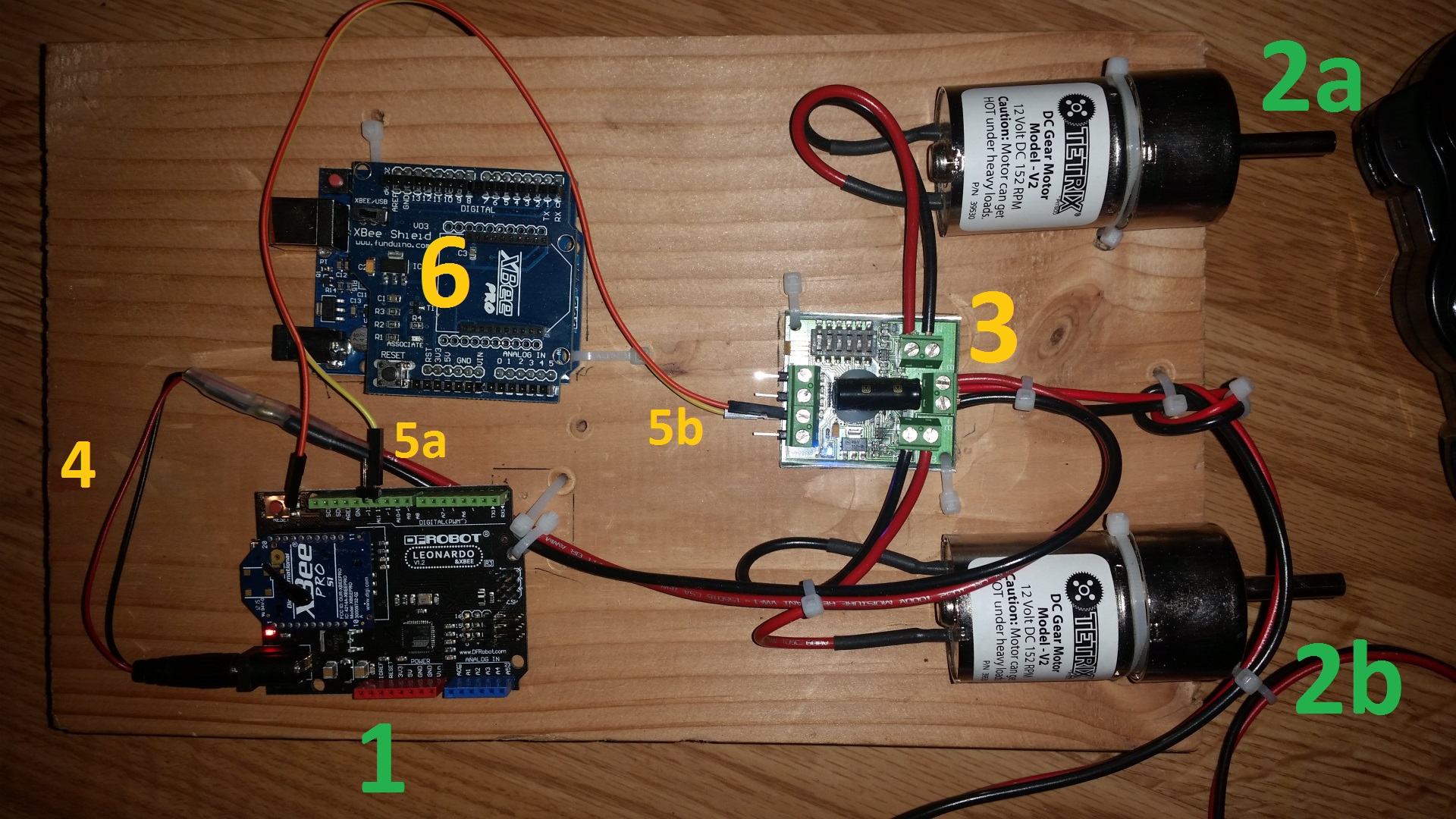 See the github readme for more in-depth documentation.  Overall, the kit works really well, with great control response time, good range with the 60mW xbees (I’m not sure how far – it covers my whole house), and OK gamepad battery life of a few hours (the gamepad needs 4 volts or higher to work well though, so I don’t recommend rechargeables).  It’s fully programmable and my hope is that students will be able to extend its functionality easily, using my example code as a starting point.